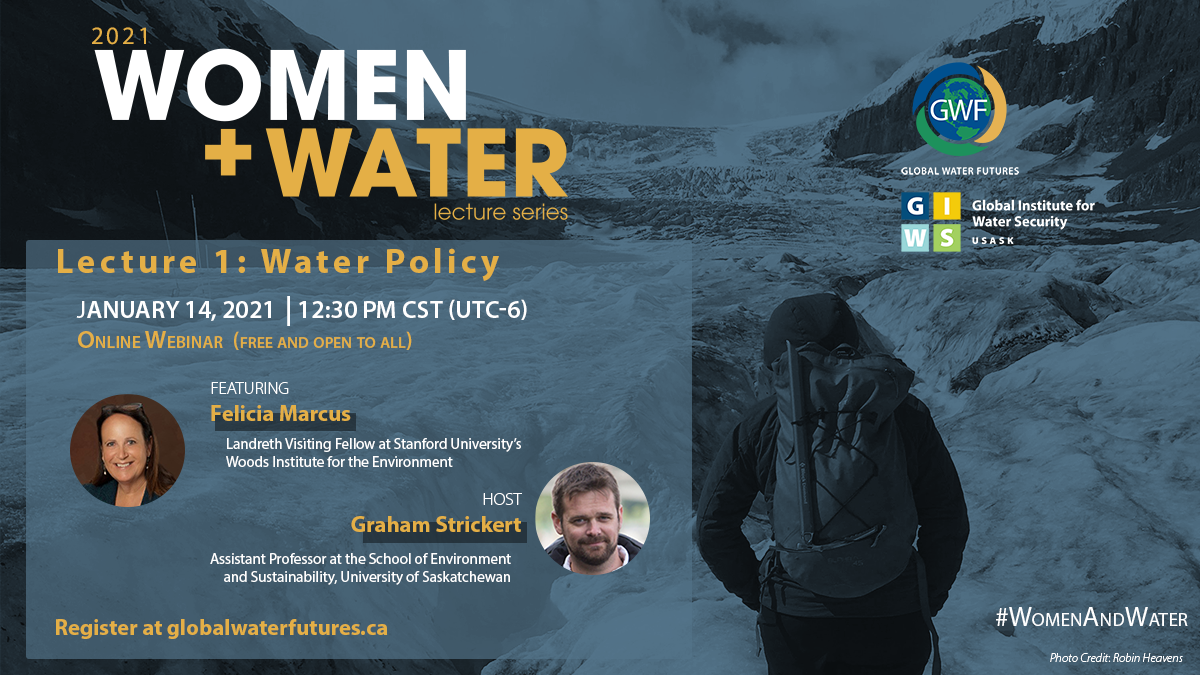 Felicia Marcus is an attorney/consultant who has served in positions in government, the non-profit world, and the private sector. She is currently the Landreth Visiting Fellow at Stanford University’s Woods Institute Water in the West Program. She is also a member of the Water Policy Group, an international network of former and current high level water officials (http://waterpolicygroup.com). Felicia was most recently Chair of the California State Water Resources Control Board. She previously served as Regional Administrator of the U.S. EPA Region IX and as head of the Los Angeles Department of Public Works. She has a JD from NYU School of Law and an AB cum laude in East Asian Studies from Harvard College.

Dr. Graham Strickert (PhD) is an Assistant Professor at the School of Environment and Sustainability and a founding member of the Global Institute for Water Security at the University of Saskatchewan. Dr. Strickert’s research seeks to better understand how different people think about and use water and how their thinking influences behavior and water use through the use of social science tools to incorporate people's values and attitudes into water sciences. Dr. Strickert has worked with government agencies including LandCare Research – Menaaki Whenua, Ontario Ministry of Natural Resources, Saskatchewan Association of Watersehd, Saskatchewan Water Security Agency, the Government of the Northwest Territories, and Environment Canada. He has also worked in the private sector for Uretech Surfaces, Inamr Industries, and Johnson and Johnson and as an ally to indigenous communities in the Yukon, NWT, Saskatchewan, and Ontario.