Indigenous communities in northern Canada rely on locally harvested traditional foods, including fish, which provides them with nutritional, cultural, and social benefits. However, fish can contain environmental contaminants such as mercury. This may pose a health risk for those who consume large amounts of fish with elevated mercury concentrations. Monitoring projects have detected elevated mercury concentrations in some fish species from some lakes in northern Canada. However, the bioaccessiblity of mercury in the tissue of these northern Canadian freshwater fish is not yet known.

Researchers at the University of Waterloo have been investigating the bioaccessibility of mercury in freshwater fish samples. The bioaccessibility of mercury seems to be different between the types of fish and lakes examined. This research is part of the Northern Water Futures project, funded by Global Water Futures (GWF) and the National Science and Engineering Research Council (NSERC). Work under this project is conducted in collaboration with northern Indigenous communities and examines the balance between contaminant risks and nutritional benefits from the consumption of wild-harvested traditional foods.

Using a Model of Human Digestion

Bioaccessibility refers to the amount of a chemical (in this case mercury) that is released into the gastrointestinal juices during digestion. It is important to study, as not all of the mercury in a food item, such as fish, may be absorbed into the body. Bioaccessiblity testing can give us a conservative estimate of the amount of mercury from a food item that can be absorbed. Mercury bioaccessibility can be measured in the lab through the use of a human digestion model (see flowchart).

The bioaccessibility of mercury in northern freshwater fish species is unknown so to address this, we worked with samples of Lake Whitefish, Northern Pike, Walleye, and Lake Trout caught from lakes in the Northwest Territories (NWT), Canada. Most of our analysis was done on raw samples of fish muscle, but for some of the larger samples, we tested a portion of cooked fish (pan fried) as well. 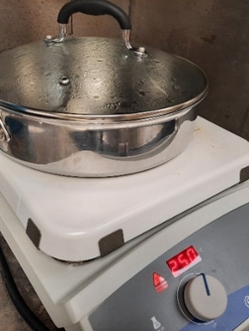 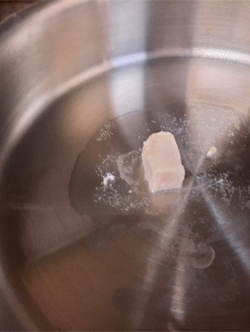 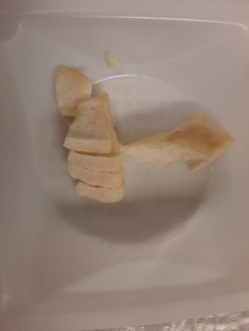 Images of fish samples being cooked (pan fried in water) 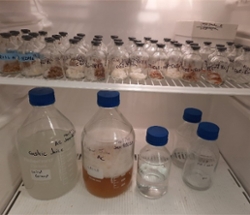 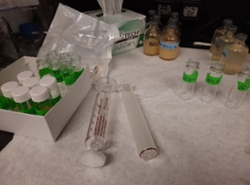 We would like to give many thanks to our community partners, northern partners, and research partners that made this research possible.

This project was also supported by Global Water Futures/Northern Water Futures, the Northern Contaminants Program, and the University of Waterloo. Thank you to all the other organizations and individuals who made this project possible.